Another Trip to the Future 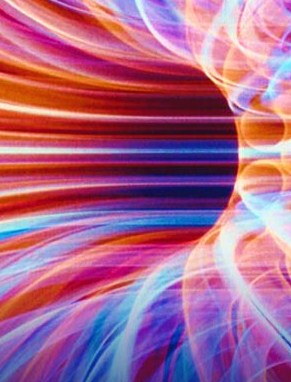 My wife and I recently took a vacation in New Orleans for Mardi-Gras, and it turned out to be another “trip into the future.” Like our recent trip to Brooklyn that illuminated the tech revolution and millennial harmony, this time New Orleans showed the way to racial and ethnic peace.

After a few days of feasting on Gulf Coast seafood, endless wild parades, and frolicking people, the last night of Mardi Gras took us to Brennen’s restaurant for a late dinner. Somehow, we were invited to tour the newly renovated building, discovering a dozen or so lovely dining rooms and leaving us basking in the warmth of Southern hospitality. The lovely meal, gracious service, beautiful setting, and the jubilant city pulsing into our table was uplifting, to say nothing of a wonderful mint julip. The walk back to our hotel seemed to float somewhere about 6 feet above ground, and it became clear we weren’t in Kansas anymore.

The gritty streets and rowdy crowds faded from consciousness and the city seemed to rise into the air, like a mirage of joy and hope. New Orleans is known for its crime, corruption, and racial tension, but that was all gone. We wandered aimlessly through celebrating crowds dancing in the streets to spontaneous jazz groups. I marveled at the harmony among blacks, Asians, Hispanics, whites, and foreign visitors. There was no conflict or confusion. The all-too-common angst in race relations, for instance yielded to a gentle tolerance and sense of community. It made me think of Jonathan Kolber’s book, A Celebration Society, proposing that everyday celebrations are vital for healthy societies.

Our invitation to tour Brennen’s was the first sign that something was happening. My wife and I think of these unusual events as adventures—moments when you seem to have entered a softer, more ethereal realm where things surprise you. Some psychologists call it a state of flow, while Christians would think of it as grace or an epiphany. Everything is exactly where it belongs. Each action, each word, seems right. Time stands still. Simply being alive is enough. What was confusing instantly becomes crystal clear. This was the main lesson I revisited in New Orleans: the power of shifts in consciousness.

For instance, seeing the strength and dignity of such diverse people from all over the globe, I realized that many Americans have racial and immigration issues profoundly wrong. Those who are fearful of foreign faces fail to see them as a vast human resource that is rapidly gaining dominance, even in the US. Yes, we have to get past decades of old wars, slavery, hurtful stereotypes, and collective guilt. But our diverse population has enormous strengths we have barely begun to recognize. I left New Orleans with little doubt the US will benefit greatly from all of its many talented and industrious people in years to come.

We also met some Russians who were visiting, and I wondered what they thought of American democracy? In contrast to Putin and his accomplices who control Russia with an iron fist, here was a society that celebrated freedom and openness. Are Russians envious? Resentful? Will they outgrow their Cold War defensiveness and join the modern world? What would it take for Russians to make this mental shift?

We live in a changing world of exploding complexity, struggling to adapt to a confluence of crises like climate change, energy, financial instability, political gridlock, terrorism, etc.. Today’s institutions, living habits, educational systems—and the very ideas, values, and beliefs that support all this—are increasingly outmoded.  The key to making the transition to a sustainable world lies in such small, everyday shifts in individual consciousness, and a few big shifts too 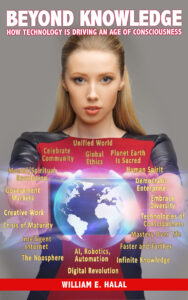 TechCast is pleased to announce the imminent publication of Prof. Halal’s latest book, Beyond Knowledge. Below are the Table of Contents, the book cover and

Summary Life extension is defined as prolonging human life beyond the normal limits of roughly 120 years. There is some evidence that demonstrates this is