Bill served as an

Prof. Halal is the founder of TechCast, a web-based system that pools the knowledge of experts to forecast breakthroughs in technology, social trends, and wild cards to assist decision makers in managing a changing world. TechCast was cited by the National Academies, featured in the Washington Post, Newsweek, the Futurist. and otherwise recognized as possibly the best forecasting system available. Halal also co-founded the Institute for Knowledge & Innovation as a collaborative effort between the GW School of Business and the School of Engineering.

Halal studied engineering, economics, and the social sciences at Purdue and Berkeley. Previously, he was a major in the U.S. Air Force, an aerospace engineer on the Apollo Program, and a Silicon Valley business manager. He serves on advisory boards of the World Future Society and other organizations, and his work has received prominent recognition. One paper, “Beyond the Profit-Motive,” won the 1977 Mitchell Prize and an award of $10,000, and he received a medal from the Freedom Foundation for Excellence in the Study of Enterprise. Macmillan’s Encyclopedia of the Future ranked Halal among “The World’s 100 Most Influential Futurists,“ including H.G. Wells, Arthur C. Clarke, Alvin Toffler, and Daniel Bell.

Owen Davies is a veteran forecaster and writer, primarily in the fields of medicine, technology, business, and national security. Originally trained as a biochemist, he began an editing career in 1971 as a cub reporter for Medical World News, then considered the physician’s Newsweek. A decade later, he concluded it as senior editor for OMNI Magazine, becoming a freelance writer. Beginning in 1986, he served for three decades as a consultant to Forecasting International, a well-respected consultancy. He joined TechCast in 2011, rising to the position of executive editor. He has researched and written approximately 150 studies for government agencies, commercial clients, and industry and professional associations including the National Security Agency and Department of Homeland Security; Capital One, Best Western, and Siemens Engineering; and the Healthcare Financial Management Association. He has written fourteen books and uncounted magazine articles for general-interest and trade publications including OMNI, The Futurist, Self, Health, Forbes, Managing Automation, and Professional Pilot. 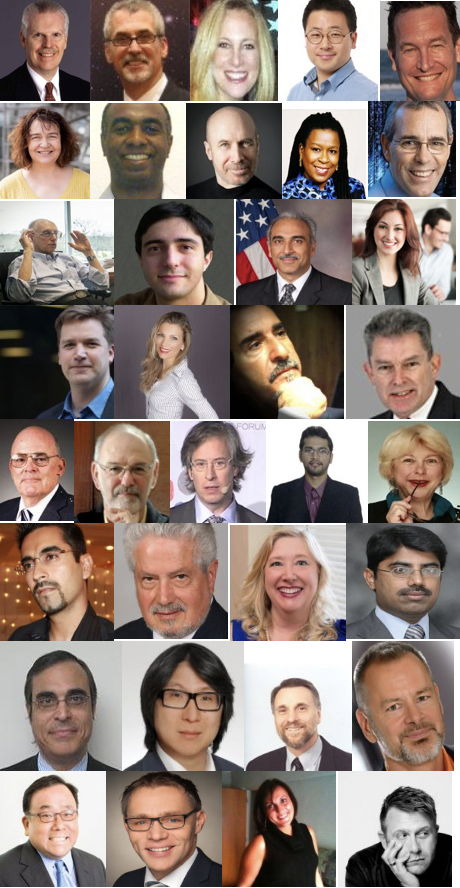 Our Global Thought leaders Are Here to Help

The TechCast Project draws on the collective knowledge of  CEOs, scientists and engineers, academics, consultants, futurists and other experts worldwide to better understand strategic change and to assist others in their strategic needs.

Unlike ordinary forecasting, this work is science-based and draws on empirical adoption and market size data, research progress underway, examples of leading-edge ventures and other relevant knowledge to guide expert judgments. We make a point of including opposing trends that hinder development, such as political obstacles, high costs, or social resistance, to ensure that the analysis is balanced.

The experts are not all world renowned, but they all are thought leaders representing the leading edge of knowledge, and their collective intelligence offers the best solutions to tough problems. They are available for advice, speaking, consulting and other forms of assistance.