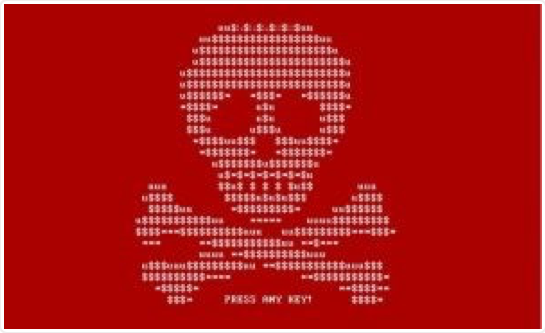 The threat of severe, debilitating cyberattacks is growing exponentially as the digital world envelops all facets of modern life.

China, Russia, and North Korea pose the biggest risks, with myriad attacks on Western governments and companies daily. The problem is expected to grow more menacing as  terrorists become involved. NATO, the US, EU, South Korea, and Israel are bearing the brunt of the damage, but it could spread easily to encompass entire global systems. Iran has already been the target of at least two cyberattacks on its nuclear program to steal data and sabotage operations, and North Korea disrupted a Sony film that was critical of its leader.

Protective defenses are being developed, and authorities think the possibility of a “Cyber Armageddon” is less likely than a continuing wave of small assaults that wear away at infrastructure and morale.

As shown below, myriad cyber assaults on corporations and governments occur daily. Most are not very damaging, but the global costs run in the US$ trillions.

TechCast experts estimate a roughly 78-percent probability that a series of attacks launches a cyber war that severely damages the economy, defense, or other crucial sectors of major nations over the next few decades. Experts’ confidence is high (70%) and they think consequences of a major cyberattack could be devastating..

The explosive growth of world-wide IT capabilities and antagonism from powerful nations is causing an ever-expanding growth in the scale, frequency, sophistication, and damage done by cyberattacks. A Ponemon Institute survey of 639 IT professionals in the US found that 35 percent had been the target of a nation-state cyberattack.

At least 15 countries have been shown to launch cyberattacks; the most active countries are Russia, United States, North Korea and China.

Russia  Russian hackers have been very active on a number of fronts, ranging from penetrating Democratic National Committee servers  to hacking into the World AntiDoping Agency medical records.

China  The People’s Republic has been responsible for a number of attacks, such as stealing sensitive information about the F-35 Lightning II fighter plane from US Defense Department computers. In 2017, the US National Cybersecurity and Communications Integration Center warned of an “emerging sophisticated campaign” from a group with suspected ties to the Chinese government, affecting a growing number of companies globally. [ix]

North Korea  North Korean hackers have quickly gained global “respect” as they have become increasingly sophisticated since the Sony hack in 2014. North Korea was, for example, responsible for the widespread Wannacry malware in 2017. [x]

Australia  While little is known of Australia’s ability to launch cyberattacks, the Signals Directorate has been publicly recruiting “offensive cyber specialists.”

Fortunately, some measures are underway to preclude cyberattacks:

Funding for US Defenses on The Rise  The cybersecurity spending of US Government is rising rapidly, having risen from US$7.5 billion in 2007 to US$28 billion in 2016. President Trump’s first budget blueprint also proposes an additional US$1.5 billion for the Department of Homeland Security specifically to protect federal networks and critical infrastructure from cyberattacks. [xi]

US−China Cyberspace Agreement  The United States and China agreed on the first arms control accord for cyberspace. The agreement says that each country will not be the first to use cyberweapons to cripple the other’s critical infrastructure during peacetime. There is, however, growing doubt whether the agreement will have any practical effect on China’s behavior. [xii]

A major cyberattack could target a developed country’s vital civilian or military infrastructure, terrorizing the populace and making it much more vulnerable to conventional attack. A successful attack on infrastructure such on the US power grid has the potential to cause as much as US$1 trillion of economic damage and significant loss of life. Hiscox Insurance estimates cybercrime is already costing the global economy over US$450 billion annually. [xiii]

Contrary to the common fear that cyber-attacks would be devastating, James Clapper, the US Director of National Intelligence, told the Senate, “Rather than a ‘Cyber Armageddon’ scenario that debilitates the entire US infrastructure, we … foresee an ongoing series of low-to-moderate level cyberattacks from a variety of sources over time.”

The First Strategic Forum – Planning for Transformative Change The pandemic and other threats like climate change pose an existential challenge to organizations everywhere, and

AI versus Humans – The Salient Issue of Our Time

AI versus Humans – The Salient Issue of Our Time Having solved the problems of global consciousness, the coming internet, redesigning capitalism and the 2020