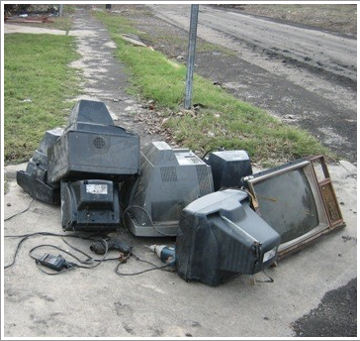 Uber’s disruption of the taxicab industry is the latest case in which IT “disintermediates” a business sector, driving out the middlemen and making huge profits. This article brings together a few of TechCast’s 130 international experts to analyze this economic upheaval and outline where it is going.

This is only a short essay, rather than the type of in-depth forecast we normally do. But it illustrates how our research method can provide the value of collective intelligence on almost anything.

These economic upheavals caused by Uber, Airbnb, and a host of new ventures are now possible by harnessing the growing power of information technology (IT). The first mover, Uber in this case, creates a new communication system to automate some process, giving them an unbeatable competitive advantage.

But the smashing success of Uber, has, in turn, attracted about a dozen competitors. Even cab drivers are building IT apps that offer the same flexibility in bringing together passengers and drivers. With the playing field leveled, what determines who succeeds and who fails? Will it be the first mover advantage of Uber? If it’s reputation and safety, cab drivers could come back fine.

These industry transformations leave no question about it — IT is an irresistible force, one of the ultimate realities of nature, which is why controlling it confers great power. But this power is temporal and passes in time. A wave of tech disruption yields to a successive wave, and then another does the same again.  Film cameras were replaced by the digital camera, which were replaced by the smart phone. To put it in biblical terms, technology may giveth, but technology also taketh.

Here’s what some TechCast experts said:

Mark Sevening, Northrop Grumman Corporation  “Good point about how technology gives and takes.  In essence, it enables change and innovation, and those who stand still are left behind.

Tom Abeles,  On-The-Horizon  “Both Uber and Airbnb found a market niche that grew so rapidly that even the standard participants such as cab drivers found that they could bypass the middle parties. It’s the same deal with e-insurance.”

Rupam Shrivastava, ePlanet Capital  “Both Airbnb and Uber are a direct result of the drive for market efficiency. The stock market went through this process in the â??50s, commodities in the â??70/80s, and derivatives in the â??90s. Retail made the change through eBay and Amazon, airline tickets through Expedia, and real estate through Zillow/Trulia in the early/mid 2000s. Now Uber is doing that in transportation and AirBnb is in home rentals.”

Ken Harris,  Consilience “The automobile sales industry is being disrupted by Tesla.  Traditionally auto dealers have been the middle men between car buyers and manufacturers.  Tesla is upsetting that model by direct factory sales to car buyers, even successfully challenging state laws that actually mandate sales by dealers. But there are backlashes against these companies.  Uber drivers and Handybook cleaners don’t get employee benefits and have no control over their schedules; they are beginning to organize.  In addition, there are disasters waiting to happen that could become front page news.  What if an Airbnb renter turns someone’s home into a brothel or rents an apartment in a large building for the purpose of making it a terrorist target or using it as a terrorist base?”

Verne Wheelright, Personal Futures Network “Uber may be simply a forerunner to selfdriving cars.  As the technology becomes available and enabling legislation is in place, Uber may simply replace their drivers with self- driving machines. Reliable, automated door-todoor transportation will allow more people to get along with only one vehicle per family, and eventually, no owned vehicles.”

Marcel Bullinga, Futurist & Trendwatcher  “Uber will not die as soon as self-driving cars arrive but become a platform for connecting people to machines (cabs). The cab driver can probably make more money than he does now â?? not by doing the driving but â?? by renting the self-driving car he owns.”

Robert Finkelstein,  Robotic Technology Inc  “The drivers for Uber and the Uber business model are temporary.  With the advent of driverless cars around 2020, a car owner could send the car out to make a living as a taxi or delivery vehicle. Uber might still provide a management service for the vehicle owners, or they might become independent, facilitated by software and communications providers.”

Olivier Adam,  5Deka Inc.  “Uber is more advanced than car sharing using ZipCars. Car sharing is a somewhat marginal phenomenon. It is not cheap and only slightly more flexible than ownership (most of them force you to bring the car back at a specific location, before a specific time). Imagine if you can press a button on your smartphone, a car shows up, brings you to your location and goes on to pick up another passenger. This is what Uber does, and a driverless car is a simpler version, reducing the costs and increasing even more the flexibility. Everyone would want their own private car, and they would want to avoid public transport. The Uber model of peak hour fares would then be key as there would be incentive for public transport use. When driverless cars become the norm, I predict the number of cars sold worldwide will be halved by 2025 (it has steadily been increasing up to now). Car fleet management then becomes a big source of employment, with individuals inspecting the cars and cleaning them up as needed. Car insurance companies disappear as the private ownership of vehicles is only done by the well-off as a sign of luxury.”

In addition to the many examples of disruption just noted above, there has been the passing of encyclopedias, travel agents, newspapers, and now possibly movie theaters

(Netflix). Which industry or profession is next? Medicine? Teaching? Law? And where is this economic transformation heading over the long-term?

Anamaria Beria, University of Maryland  “I think healthcare is next. We see everywhere an emphasis on virtual medicine, both from the policy and the insurance points of view. We also see more and more often a “pairing” between lifestyle and preventative medicine. I think the lifestyle-healthcare- finance axis is deeply connected and this is where IT can possibly disrupt the most. There are health tracking apps and studies based on “Big Data” regarding epidemics and the access to more information about healthcare, patients, doctors and research. I have also seen companies that are providing diagnostics and prescription online. But there are many situations where the doctor has to meet the patient face to face. This means that the evolution of virtual reality, robotics and IT, together, have the greatest power to disrupt the medicine industry. But we still have not understood the impact of these technologies on society and the social changes that come out of all this. So I believe the

21st century will belong to the social sciences.”

Clem Bezold,  Institute for Alternative Futures  “I concur that health care will see significant disintermediation. One of my primary care scenarios for 2025 is “I Am My Own Medical Home.” This scenario considers how health care would interact with IBM’s “doc Watson,” digital health coaches, and increased personalization using genomics, epigenetics, zipcodeomics, and other Big Data. Education and legal services are other sectors where IT will make humans more productive or take over their jobs altogether â?? leading to higher unemployment.”

Dan Abelow,  Expandiverse  “A new book Medicine 2025 includes these examples of what is coming in healthcare automation:

Chadwick Seagraves,  North Carolina State University  “As both a librarian and IT professional, I see traditional libraries being forced to evolve and compete with technologies of all types.  The profession has had to focus on value added services and roles the library plays in addition to providing information.  Placing emphasis on being able to find “authoritative information” has been a focus in our profession for over a decade. Redefining library services to compete with the plethora of tools that replace a flesh and blood mediated experience has driven a massive development of applications and platforms for libraries to serve up deep web content that the average Googler has no idea exited.”

Carlos Scheel, TEC de Monterrey  “I would say that Earth Sciences are next to be transformed. The planet has lost its resilience and is unable to recover its land, water, and air from the consequence of an irrational industrialization. Distinguished technologists must shift their efforts to finding solutions for drinkable water, soil recovery, clean air, equal food distribution, infectious decease.”

Govindaraj Subramani, PA Consulting Group  “A recent article in the Wall Street Journal quoted workers of on-demand services like Uber and Handy saying â??We are not robots.’ There are signs of rumbling discontent in the shared economy.”

Will TV Networks Be Next? Much the way major newspapers fell into decline when the web took over, signs point to something similar for the big TV NetworksSigns of the imminent decline is newspaper readership were visible years before the fortunes of the NY Times and other prosperous papers fell off a cliff about 2005. As people switched to the web for their news, selling stuff, and other forms of e­commerce, printing and distributing papers that consume forests of trees no longer made much sense. And the general nature of mass media could no longer serve the complex tastes of modern societies. Print newspapers will always fill an important niche, but big changes in consumer behavior always sweep away outmoded industries. Something similar seems likely to happen for TV Networks. With Smart TVentering the picture, people are increasingly choosing shows they want when they want them, avoiding paid commercials, finding movies and TV shows they prefer, and watching all this on PCs, tablets, smart phones, and other devices. And with good speech recognition, a la Siri, we will soon just talk to all these platforms. The U.S. cable TV industry lost more than 400,000 subscribers in the second quarter of 2012, according to a Sanford C. Bernstein estimate reported in the Wall Street Journal. The figures are fueling speculation that American homes are “cutting the cord” on cable TV in favor of free or cheap alternatives such as services from Amazon, Netflix, and YouTube. Our forecasts suggest it may take a few years for this profound shift in consumer behavior to reach mainstream. But it appears that TV is likely to suffer the same fate that befell newspapers when their business model collapsed.

The Value of Collective Intelligence

This simple article nicely illustrates the power of collective intelligence.

Starting with the few paragraphs outlined by the TechCast Team, our Global Brain Trust of experts quickly fleshed out this analysis with insightful points. The many examples of IT driven economic transformation in the quest for market efficiency. The temporary advantage of Uber being replaced by self-driving cars leased out by private owners. The likely transformation of healthcare, professions, libraries, and even the environment as next steps in this inevitable unfolding of a high-tech society based on invention.