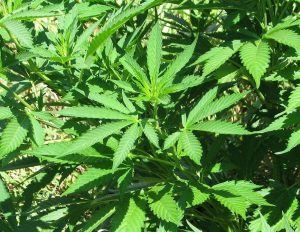 One of TechCast’s Social Trends is quickly becoming the status quo.

After centuries of euphoria and medical use, marijuana in early 20th-century America entered decades of “just say no” and mass imprisonment for its use. Today, legal pot finally seems to have returned.

As of 2019, 30 states in the US now accept some form of legal use. Canada, Mexico, Argentina, Belgium, Brazil, Chile, Paraguay, Peru, Germany, Spain, Switzerland, Australia, Columbia, and the Netherlands have legalized or decriminalized possession of marijuana. The Czech Republic, Portugal, and Uruguay have extended legalization to “hard” drugs such as cocaine and heroin.

Much like the ending of alcohol prohibition in the 1930s, it nally became evident that laws against marijuana failed to discourage consumption, and the harm resulting from them was overwhelming. Criminalization of pot and other drugs created a global black market worth US$300 billion/year and cost about US$1 trillion in police activity over four decades. American prisons are home to 1.6 million people, half of whom have been convicted of either selling or using drugs. And, despite frequent suggestions that legalization would cause rampant drug abuse, only 6.5 percent of 12- to 17-year-olds now use marijuana, the lowest proportion since 1994.

In a letter to the UN, more than 1,000 world leaders including 27 US Congressmen and six Senators said the global war on drugs has been a “disaster” and called for change.

They have been joined by the United Methodist, the World Health Organization, the New York Times; countless physicians, judges, and police o  cials; and the majority of citizens in modern nations.

TechCast’s Social Trends forecast roughly 30 strategic movements in politics, business, medicine, lifestyles, and almost anything else leaders and planners should be thinking of, and we have forecast the arrival of Legal Pot for some years. Our latest results suggest that a third of G20 nations are likely to legalize marijuana use shortly after 2020, creating a global market of about US$30 billion per year; this seems modest compared to the black market of US$300 billion.

This signals that more lenient drug policies could become the norm. Our experts believe the social impact is likely to be moderately positive, although this will require new policies in most institutions. Social hostesses now plan their dinner parties to accommodate vape pens with more than fruity avors or infuse a little Pineapple Express in the hors d’oeuvres.

The result should be a significant improvement in medical treatment of drug use, reduced crime, fewer prisoners, saved cost of police work, tax income for states, and greater tolerance of lifestyle differences. Who knows? Legal pot might do a lot to improve everybody’s mood, and maybe even ease today’s dismal world situation.