What are the Keys to Apple’s Success in Emerging Technologies?

Apple did not come by its present success easily. Before the iPod, iPhone, and iPad became profitable icons of high-tech fashion, Steve Jobs suffered a long series of failures. Apple’s Pippin game player, the Next computer, Apple TV, the Lisa computer, the Newton PDA, and the Apple mouse are among the many products that are barely known because they were dismal flops. For many years, there were serious doubts if Apple could survive the battles it was losing to competitors like Microsoft.

In contrast, Apple is now expected to sell 30 million iPads in 2011 — two-thirds of all tablet computers sold globally. Although the iPhone is fighting off 90 different smart phones, Apple’s sales are up 60% and could reach 100 million iPhones in 2011. The source of this staying power is seen in the fact that the Apple iPhone has the highest consumer satisfaction scores ever recorded. Apple’s profits exceed those of IBM, and it is considered one of the most Innovative and valuable companies in the world, Such stunning success always raises questions over its origins.

How did a struggling company run by a charismatic but somewhat erratic CEO learn to excel in the brutal battle among emerging technologies? Can the factors of this success be identified and used to guide others?

The most striking conclusion about Apple’s rise is that Steve Jobs learned bitter but crucial lessons from failure. After years of autocratic leadership, dismal sales, and temperamental behavior demoralized the company, John Sculley became CEO in 1985 and Jobs was sent into the computing wilderness. For 12 years, he suffered losses such as the Next computer, which was overpriced and sold only 50,000 units in seven years. When Jobs returned to head Apple, he had learned to focus on good design, to treat people well, and to develop winning strategy. Tim Bajarin, president of a consulting firm, said “[Steve Jobs] would not have been successful if he hadn’t gone through his wilderness experience.”

The main lesson from Apple’s success, however, is the central importance of focusing on strong products that are well-designed for the market. Jobs is a genius at minimalist designs that integrate technology breakthroughs to fill a newly emerging need with unusual style. He thinks success requires “listening to the technology” in order to “discover” the potential products waiting to be invented. The result can be seen in the way Jobs describes the attraction of the iPad – “It’s like holding the Internet in your hands,” he told a crowd. “It’s so much more intimate than a laptop and more capable than an iPhone. It’s truly magical.”

This keen sense of anticipating where emerging technologies are leading comprises the central talent that allowed Jobs to create revolutionary breakthroughs like the first personal computer (Apple 1), the first graphical interface (Mac), the first Unix PC (Next), the first successor to Sony’s Walkman (iPod), the first online music store (iTunes), the first widely used smart phone (iPhone), and the first successful tablet (iPad). Serious processes are needed to closely follow advances in technologies that will impact your organization and to find creative new solutions for the market. That’s why Apple does far less conventional product research than other companies, and focuses instead on product discovery. Here’s how Jobs described his approach: If I had asked someone who only used a calculator what a Mac should be like, they couldn’t have told me. There’s no way to do consumer research so I had to go and create it, and then show it to them.”

Behind such great products, Apple thrives because it has been described as a “well-oiled machine.” Jobs learned to delegate, so his COO, Tim Cook, now runs a tight ship, and a cadre of managers and designers have learned to “think like Steve.” The company has outsourced its manufacturing operations, while 317 Apple stores are wildly popular and profitable. The Apple music store – iTunes – has expanded into a powerful vehicle for trading videos, movies, and possibly other information products.

Even with these stunning achievements, Apple faces enormous new challenges as competition among other smart phones and tablets heats up. There are at least 20 versions of Android phones alone, slowly taking Apple’s market share. In 2011, Americans will buy more Androids than iPhones.

The main issue, of course, is what happens when Jobs’ illness requires a successor? Despite claims that Apple has institutionalized practices that foster creativity, innovation, good design, and other legacies of Steve Jobs, it is really impossible to replace true genius. When Jobs returned from the wilderness to save Apple, John Sculley acknowledged “I’m convinced that if Steve hadn’t come back when he did… Apple would have been history.” 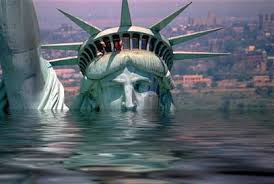 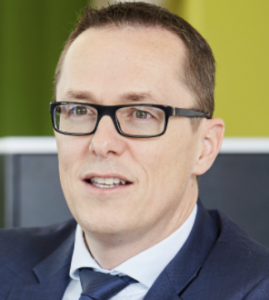