Survey Results on the Coming Internet:   Yes to Security, Decentralization and Immersion 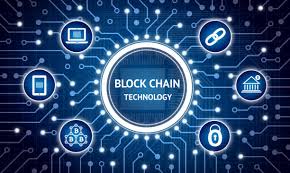 It is our great pleasure to present final results of this study exploring where the Internet is going.

First, a little background. Our blog of May 30 highlighted George Gilder’s new book, Life After Google, forecasting how blockchain technology will create an Internet that is secure, decentralized and sensually immersive.  Using our method of collective intelligence, our blog of June 13 presented comments from several experts to frame these issues more carefully.

This blog of June 27 presents results from a survey of 20 experts who answered our survey questions.  The responding experts are listed below, followed by detailed results using bar charts and comments.  Responses are often less that 20, as respondents do not answer all questions.  This is a small sample, but anything more than a dozen responses is sufficient to get into the right ballpark.

Here’s a quick summary of what we learned:

Security May Arrive About 2027

We found a sharp division of opinion, with roughly half of our experts thinking there is little or no chance that the Internet would become secure — and the other half thinks there is about a 60% probability that blockchain and quantum cryptography will solve the problem at about 2027.  After noting the success of Gilder’s previous forecasts, we tend to accept those who agree with Gilder.

We find some consensus around a 60% Probability and Most Likely Year About 2028-2030. The critical technologies are thought to focus on blockchain, but quantum, AI, biometrics and the Internet of things (IoT) also thought to offer localizing capabilities.

The experts show good agreement on a 70% probability that immersive capabilities will arrive about 2031-2032.  They also suggest a variety of technologies will make this possible: blockchain, VR and AR, gaming, AI, IoT and a useful brain-computer interface.

Despite pockets of doubt and uncertainty, we think this study tells a compelling story about evolution of the Internet.  The continuing advance of computer power, possibly using quantum, nanotech and photonic technologies, is likely to make complex blockchain platforms feasible over the coming decade. Along with applications of quantum crypto and AI, a new generation of Web systems is likely to greatly improve security and move control from tech companies to individuals. Some confusion and security failures will remain, of course, but glitches will be accepted by a younger cohort of users. The development of richer Internet experiences using VR/AR/XR, biometrics, AI, the IoT and holograms is very likely to bloom into the Metaverse long anticipated. Obviously, many other trends will also play important roles in the new Internet, as noted in our experts’ comments.

The strategic implications should be formidable. The status and control of the large tech companies is likely to shift to users, and the Internet service providers (Verizon, Comcast,  etc.) may face competition from satellite systems flooding the air with cheap and abundant access. Apple and Elon Musk are launching satellites even now and expect to envelop the Earth with high-capacity broadband in a year or two.  In addition to fierce competition from these new sources, the entire supply chain of ICT equipment and services will be disrupted by an advanced generation of suppliers. Users should gain more sophisticated and immersive capabilities that are needed for the high-tech society ahead.

This is small study, but TechCast thinks it illustrates the power of our 2nd generation website in providing authoritative strategic analyses of hot topics quickly. Thus far, we have solved the  MegaCrisis by identifying 5 universal principles of a global consciousness, and this study outlines the new Internet architecture that promises to revolutionize life online. TechCast is considering our next strategic topic for study, and we welcome your opinion. Email us at Halal@GWU.edu to suggest topics you consider worthy of attention. 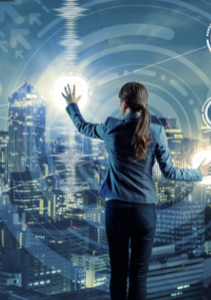