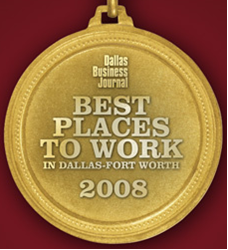 TechCast has been forecasting the possibility that corporations will become quasi-democratic by pursuing the interests of their employees, customers, partners and communities in addition to shareholders. Now that the US Business Roundtable has broadened the role of corporations to include all stakeholders, the time is right to claim that the concept of democratic enterprise has arrived.

Alan Murray, chief editor of Fortune magazine, recently noted our economic system is stalled by stifling income inequality, loss of jobs to global trade, a new acceptance of socialism and the failure of democratic governments:

“…an ever growing group of business leaders believe they must take up the mantle to address social problems into the core of their business … Companies are moving beyond fuzzy notions like sustainability and corporate citizenship to making meaningful social impact central to how they compete.” (Fortune, Sep 1, 2016)

Murray cited Michael’s Porter’s concept of “shared value” as a guiding principle, but he could just as easily have noted the growing interest in collaboration, conscious capitalism, or what TechCast calls democratic enterprise. These and related ideas are now practiced widely among progressive companies and taught in the curriculum of 500 business schools around the world. We have been forecasting the widespread adoption of a quasi-democratic form of business as a wild card at TechCast, and our experts assigned it’s arrival a modest 35 percent probability, although they also think it should have a large positive social impact of + 4.

Shared value is but a small step in this direction, yet it marks a critical divide in business that could be truly revolutionary. By simply recognizing the economic reality that employees, customers, the public and other stakeholders are essential to business success, corporations could enter the modern world as engines of both social progress as well as financial gain. Moving from a profit-centric to a human-centric model of enterprise would be roughly comparable to the shift from an Earth-centric view of the universe to Copernicus’s understanding that planets revolve around the Sun.

The impacts of such a historic change are so vast they defy analysis, but a few big advantages stand out. The dominance of money in economic affairs would yield to a more balanced concern that includes the people involved. Business leaders could assume their rightful place as social heroes instead of pariahs. Governments could hand off much of their responsibility for the social welfare to this new form of self-regulating business ecosystem.

These are powerful forces for creating a new form of political economy that is badly needed. But the greatest change is the realization by business leaders that combining profit and social needs is not only possible but also a competitive necessity. Here’s how Microsoft’s CEO, Satya Nadella, described it: “We don’t have a long-term business if we don’t address the inequities.”