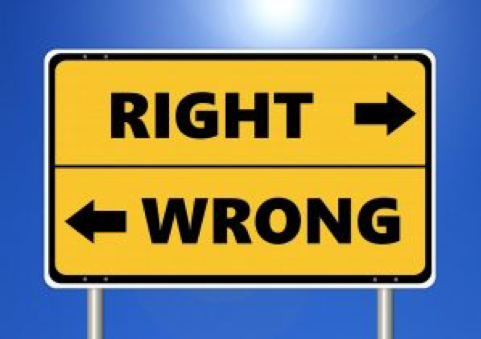 A growing number of influential people advocate a new global ethics that could unify people under a common set of values and beliefs. Religions are largely based on common moral principles, corporations profess adherence to ethical codes, and most individuals believe in some set of universal values, ethics and morals. This would be highly significant because religion and spirituality are the most powerful forces governing life, irrespective of geography. A system of global ethics could help to unify the world.

Numerous organizations, websites, forums, blogs, and publications are devoted to the message of harmony and peace. Examples include the Institute for Global Ethics and the School of Life, which is a global secular organization dedicated to developing emotional intelligence. Religions for Peace  is one of the first organizations to form a large alliance of religious leaders to fight poverty, save nature, and prevent war. The International Association of Religious Freedom  is a century-old organization that meets annually to integrate religious thought and practice. The World Council of Religious Leaders  announced a “Commitment to Global Peace” intended to counter conflict, poverty, and protect the environment.[i]

Major world leaders, including the United Nations and the Dalai Lama, have shown support for rights and freedoms that should be universally observed. His Holiness, the Dalai Lama, declared, “All major religious traditions carry basically the same message of love, compassion, and forgiveness … that should be part of our daily lives. But grounding ethics in religion is no longer adequate. This is why I am increasingly convinced that the time has come to find a way of thinking about spirituality and ethics beyond religion altogether.”

Pope Benedict XVI declared that globalization requires a “common code of ethics,” based not only in agreements but in natural law, to combat poverty and ensure peace.  UN Deputy Secretary-General Jan Eliasson has stated ‘No-one left behind’ is the underlying moral code for the 2030 Sustainable Development Agenda, which has been adopted unanimously by 193 Heads of State. [ii]

Developing a broadly accepted ethical code may not be as difficult as it appears. Bioethicist David Resnik identified eight basic ethical principles accepted by most of the world’s societies: [iii]

The greatest obstacle to developing a global ethical code is human nature.Many individuals are determined to find faults in other religions out of the belief that theirs is the one true path to salvation. Politicians, and even some religious leaders, often seek to build their own power by playing on their constituents’ fears about other religions. Illiteracy encourages superstition, narrow mindedness, blind faith, and perhaps even terrorism.

It’s also possible that a common ethical code would constrict individual thoughts and beliefs. It would mean little if not enforced. A universal code might conceivably invite the rise of absolutism on a much wider scale than is now possible. The spread of a global ethical code could inspire opposition by people who feel it threatens their beliefs or positions. This could encourage political instability and growing violence.

With little to guide a forecast, it is useful to recognize that Bill Halal’s new book, Beyond Knowledge. Bill finds that a “mental/spiritual revolution” to some form of global ethics is almost inevitable if the world hopes to survive the global crises that threaten the planet. A strong majority of the public is fearful that climate change, mass unemployment and other elements of the Global Mega Crisis are heading toward disaster unless the world makes major change in mindset.

TechCast’s experts suggest that 30 percent of the world’s people will adhere to a common set of ethical principles around 2030, and they have high confidence that this will have a very positive social impact. This seems a reasonable forecast but it could also happen earlier.

A common global ethics would create the foundation for a functioning world system that contains conflict and promotes well-being.Without a sense of worthy goals and purpose, no community can evolve and survive. Development of a global ethical system may help to provide them.A higher level of global consciousness would make it easier to meet the enormous intersecting crises of climate change, sustainable energy, financial instability, conflict, and war.